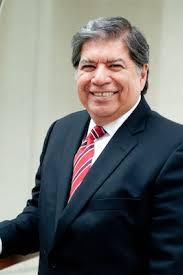 The University of Toledo College of Law, Juris Doctor

Juan Jose (John) is a founding member Ohio’s largest Hispanic-owned law firm. Opened in January 1997, he was joined by Troy Morris two years later to form Perez & Morris LLC. Prior to opening his own office, John was General Counsel and Vice President of Administration for a publicly traded $150 million company. He was responsible for all legal aspects of this international company and its subsidiaries and supervised the company’s domestic and international counsel. John also supervised the company’s human resources, risk management and administrative functions.

His main practice is corporate transaction, real estate, and commercial and construction litigation, where he has achieved successful jury verdicts and arbitration/mediation results including many in excess of millions of dollars.

From 1987 to 1994, John was with a major Columbus, Ohio, law firm, first as an associate and later as a partner. He was involved in all aspects of litigating minor and major commercial and employment cases throughout the country.

Prior to 1987, John served as a law clerk to Federal District Court Judge Nicholas J. Walinski in Toledo, Ohio. John and his wife, Joan, have three sons and five grandchildren. He is active in church and community activities and is fluent in Spanish.